Are you ready to transform into the best possible version of yourself?

Do you find yourself feeling overworked, fatigued, overwhelmed or stressed?

If so a walk in the woods may be just what you need!

Japanese researchers have found that leaving the civilized world behind for a few hours could be the healthiest thing you do all day.

There is a Japanese practice called shinrin-yoku, which translates as “forest bathing,” that Oprah did an article on. During the practice individuals focus on what they are seeing, hearing and smelling and it helps take their mind off of work or other stresses

When you combine mindfulness with spending time in nature you combine two activities that have restorative properties of their own. A study conducted across 24 forests in Japan found that when people strolled in a wooded area, their levels of the stress hormone cortisol plummeted almost 16 percent more than when they walked in an urban environment. And the effects were quickly apparent: Subjects’ blood pressure showed improvement after about 15 minutes of the practice. But one of the biggest benefits may come from breathing in chemicals called phytoncides, emitted by trees and plants. Women who logged two to four hours in a forest on two consecutive days saw a nearly 40 percent surge in the activity of cancer-fighting white blood cells, according to one study. “Phytoncide exposure reduces stress hormones, indirectly increasing the immune system’s ability to kill tumor cells,” says Tokyo-based researcher Qing Li, MD, PhD, who has studied shinrin-yoku. Even if you don’t live near a forest, studies suggest that just looking at green space—say, the trees outside your office window—helps reduce muscle tension and blood pressure.

Here are some of the health benefits of walking outside:

Increase in energy levels A 2013 study published in Diabetes Care found that three 15-minute post-meal walks each day were more effective at regulating blood-sugar levels than was a single 45-minute walk midmorning or in the afternoon.

Increases your mood Just a 10 minute walk can boost your mood for two hours,” says Robert Thayer, Ph.D., the author of Calm Energy: How People Regulate Mood with Food and Exercise

Builds and strengthens memory function According to a 2011 study published in Proceedings of the National Academy of Sciences, elderly subjects who walked for 40 minutes three times a week for a year experienced a 2 percent average increase in size of the hippocampus, the part of the brain that controls memory and emotion.

Come with me as I walk on some easily accessible trails in Alaska. In the future I would like to film some beautiful hikes in my wondrous state for you all. Let’s get moving!

Thank you for watching 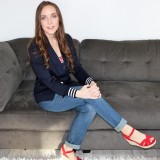